What can I say ?  I LOVE big hats.  I love beading them.  I love wearing them! 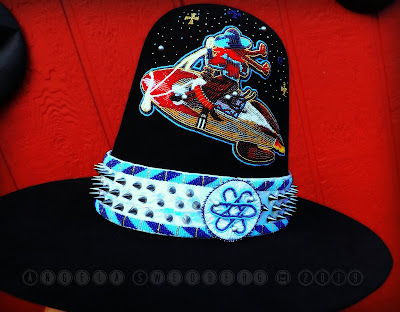 This is the latest hat I just finished making.   I made this,  thinking about the Cowgirl I grew up across the street from in Oregon.   A real Cowgirl.   Born in 1896.  Used to ride in the old rodeos.   Grew up ranching in Eastern Oregon near LaGrande.   When they needed new horses,  they went out and rounded up wild ones and then broke them.   The stuff of todays legends. 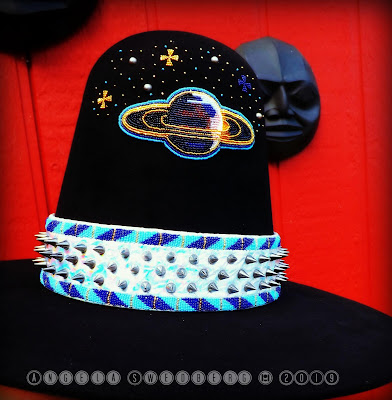 I was thinking,  in her lifetime,  mankind went from transportation on horseback,  to rocket ships.   I even watched the moon landing and the first steps on the moon with her.   I was out playing when she called me inside to watch the TV.  She said,  you will see something important you will never forget.   I am always thankful for her insight.   She taught me a lot about life,  hard work and class when I most needed it as a child.   So,  this hat is done in her memory. 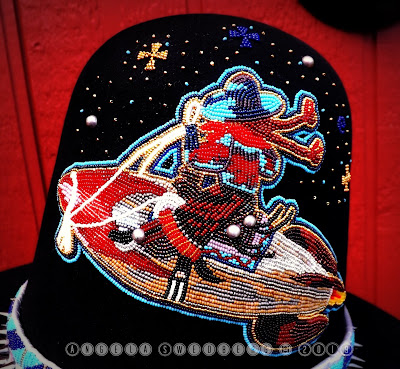 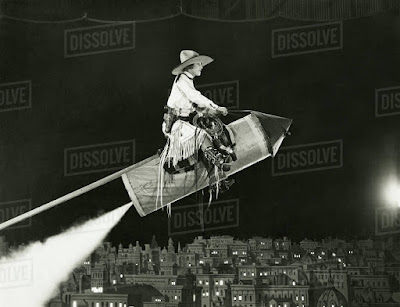 Cowgirls have been bustin' rockets a long time! 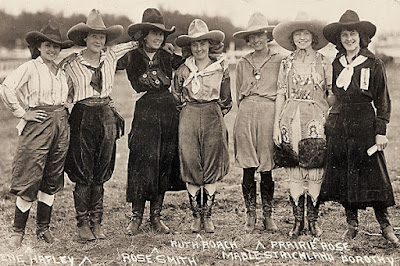 And Cowgirls have been wearing big hats,  equally as long.

Posted by Angela Swedberg at 7:34 PM