I have decided to re-edit some old posts from this Blog.   When I first started this Blog,  other internet sites didn't exist,  or were not the monsters they are today.  Sadly,  a lot of my old photos were not watermarked.  They have ended up everywhere on the web.  Not being identified or even misidentified is one thing,  but I have even come across posts claiming I don't do all this work!   While I cannot do much about those who copy and plagiarize my work,  I can voice my dismay over some of these claims.   So if photos are shared,  now they at least have my name on them. 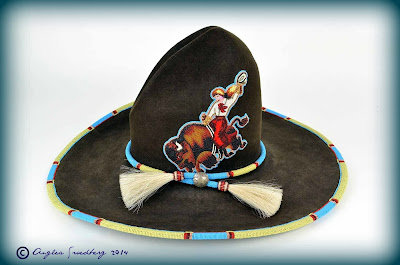 This hat is now in private collection ( all of them are in fact ).  It as part of my Maryhill Museum of Art show in 2014 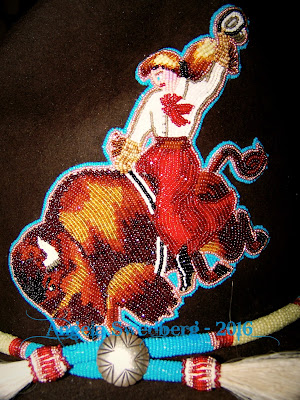 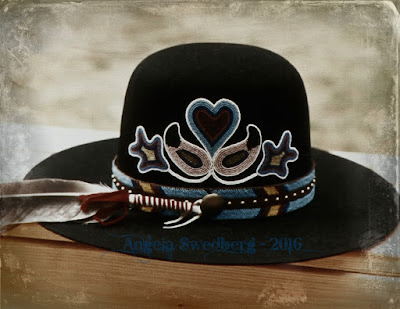 This hat now lives in a private collection in Santa Fe. 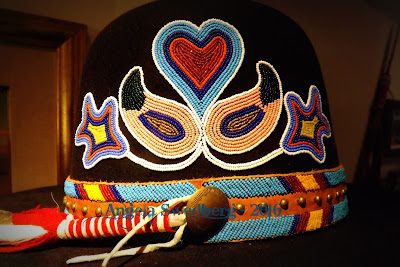 I took a new photo of it last time I was in Santa Fe - It was beaded using all Antique Italian Cut Beads, directly onto the hat.   The band I wanted to resemble Plateau beaded belts. 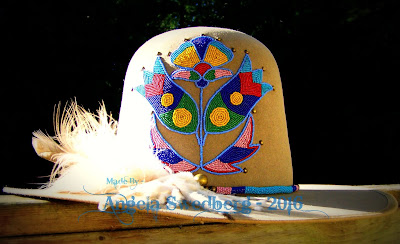 This had I made for my all time scholarly idol - Bill Holm.  Anyone who is in the business of Native Art Academics recognizes the name.  It was a huge honor to do this for him. 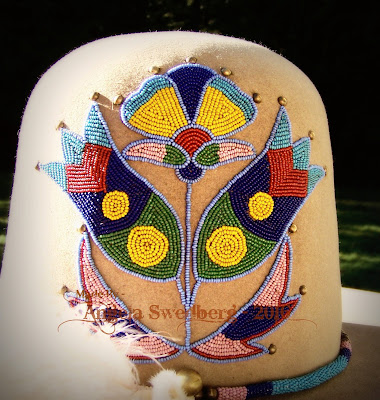 Detail photo of the beadwork.  Made using antique Italian beads.  Beaded directly onto the hat. 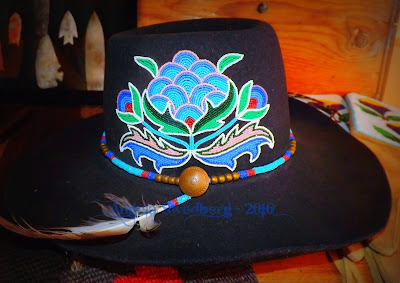 I also re-photographed this previously shown hat - Another Plateau Style hat,  beaded out of Antique cut seed beads,  directly onto the hat. 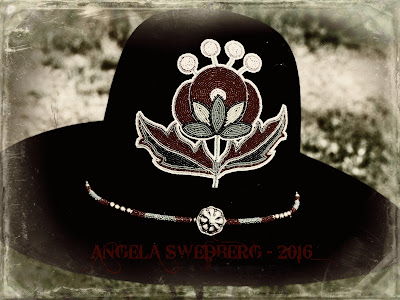 This is a Plateau,  Nez Perce' style hat I beaded for a friend to match a pair of gauntlet gloves.  Beaded with antique cut beads and the band has a antique, hand made Navajo button. 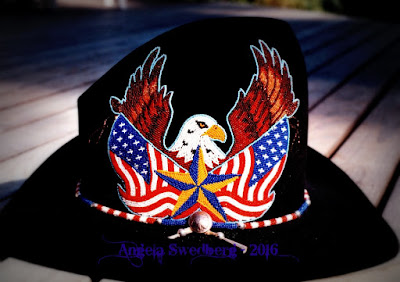 This hat was a commission for a client to wear on our July 4th holiday.  Beaded directly on the hat using antique and modern cut 13/0 beads 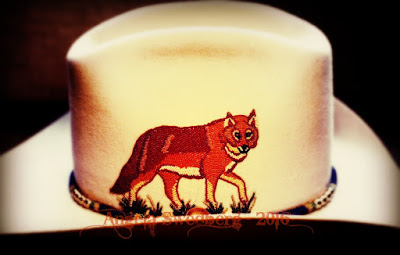 Some of these hats go back as far as perhaps 25 years ago, when they were made.  So some of the photos are not optimal.   But yes - I made them.

More new posts to come as I have time.   Angela

Posted by Angela Swedberg at 8:00 AM