I just completed this restoration of a ca. 1850's Plateau pony beaded dress.   The original dress appeared to have been very heavily water damaged.  And after that occurrence,  someone long ago then decided to cut off the bottom of the dress and also the ends of the sleeves.   So I had to rebuild the entire piece. 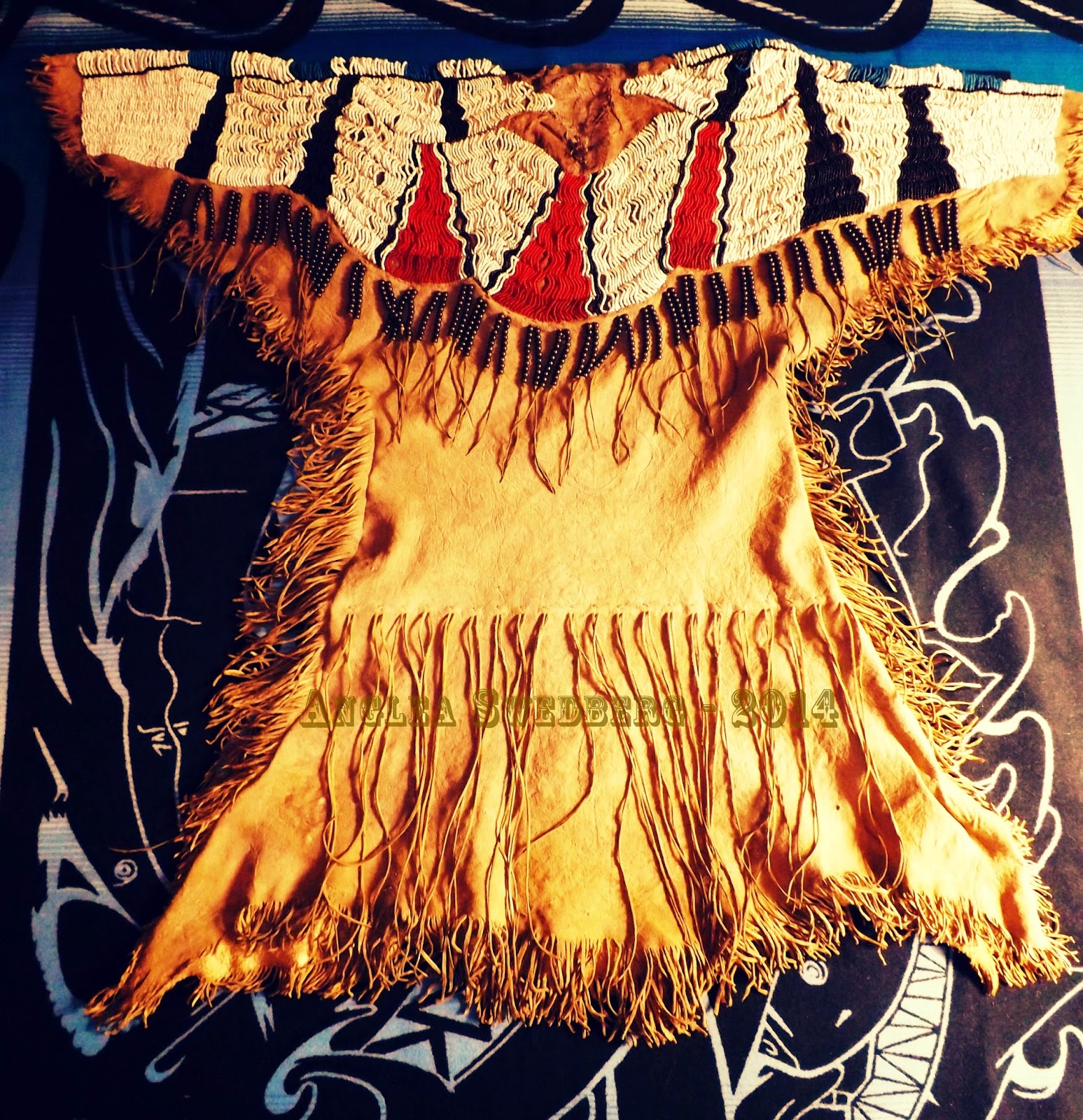 Originally this dress was made using Mt. Sheep hide.  They are next to impossible to procure these days due to a variety of factors.  So the museum I did this work for decided using deer hides on this reconstruction was warranted. 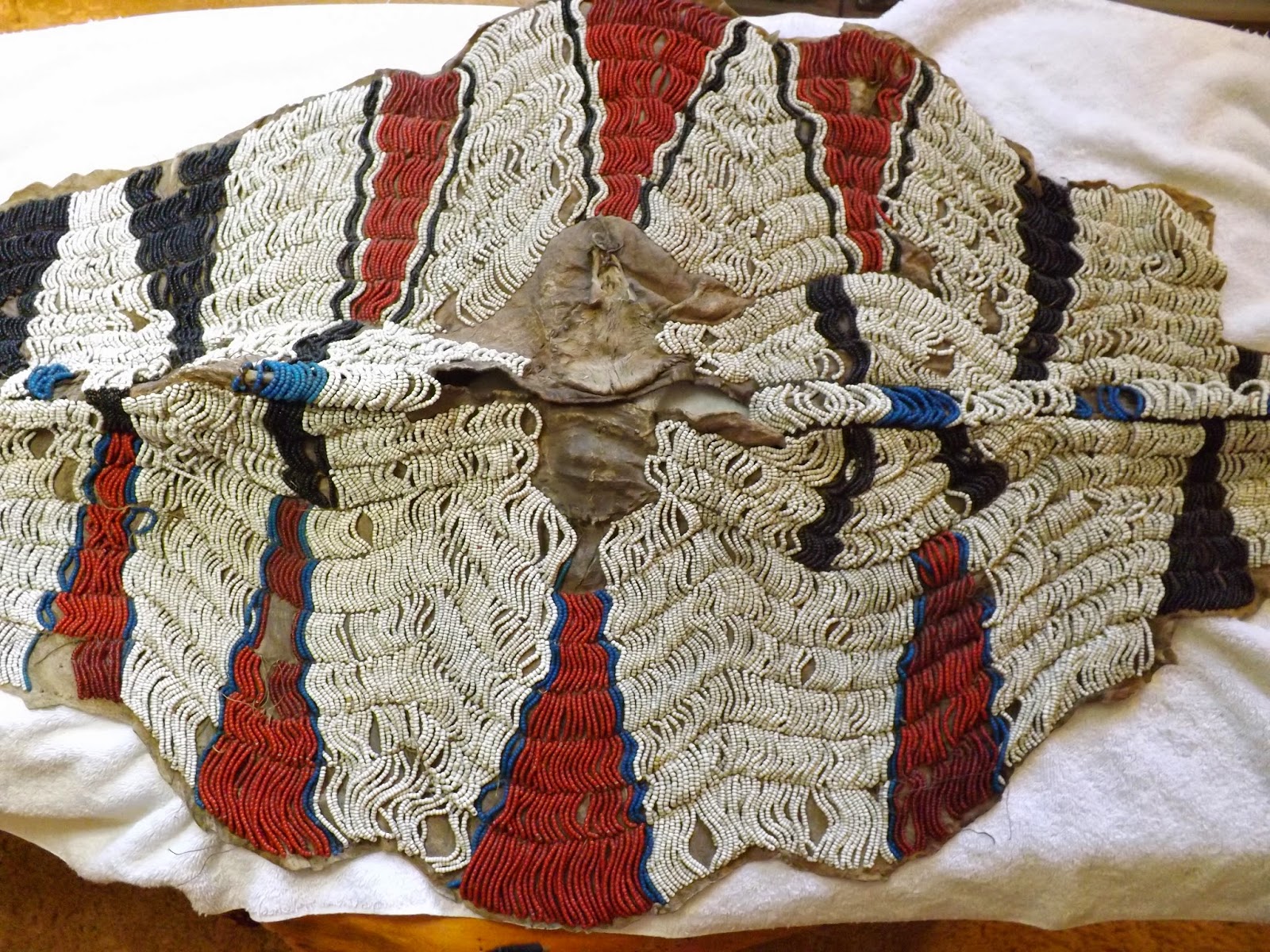 What I had to work with initially.  Heavily damaged, warped and missing beads. 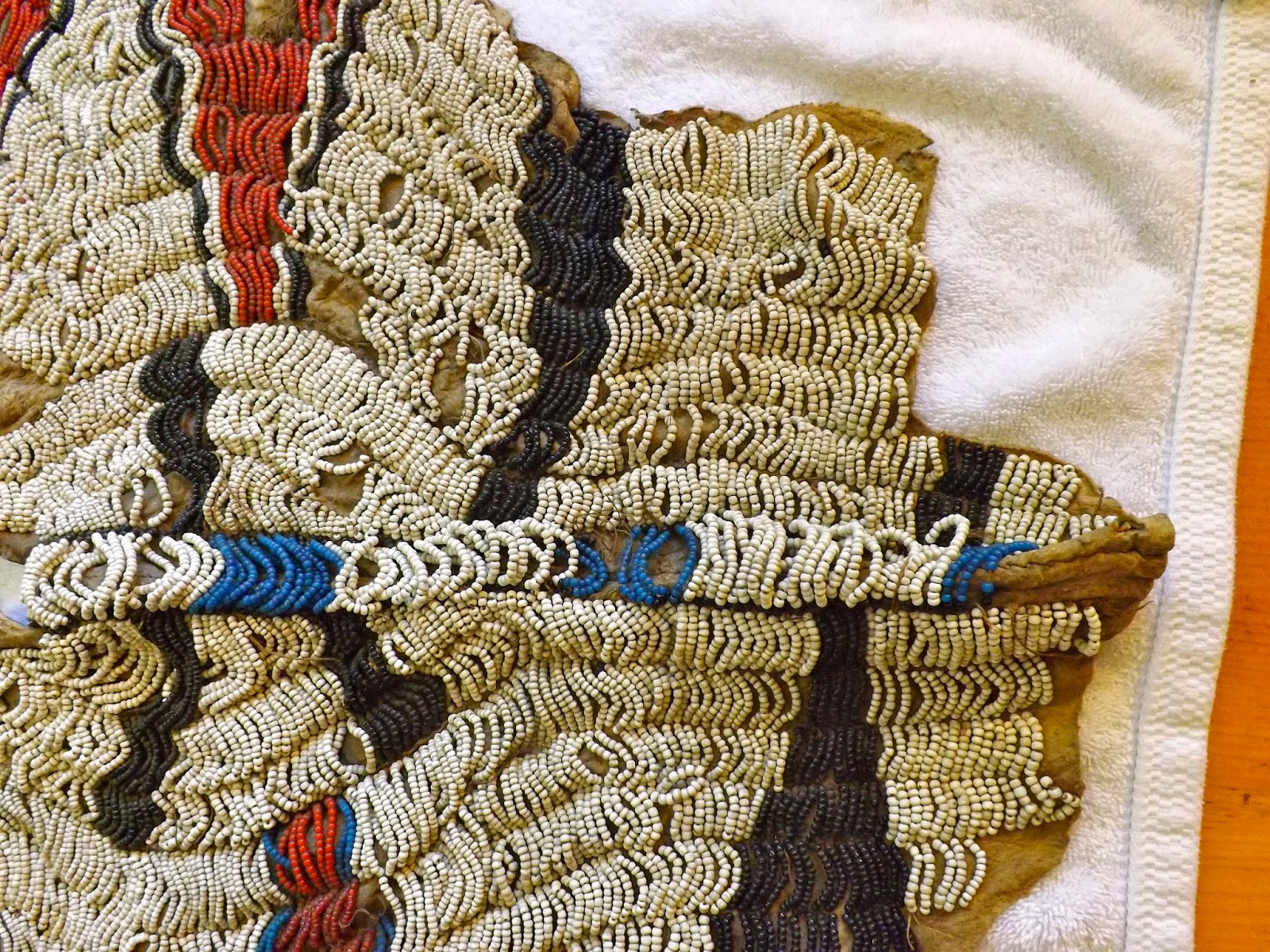 Sleeve ends were cut off,  as were thongs below the yolk. 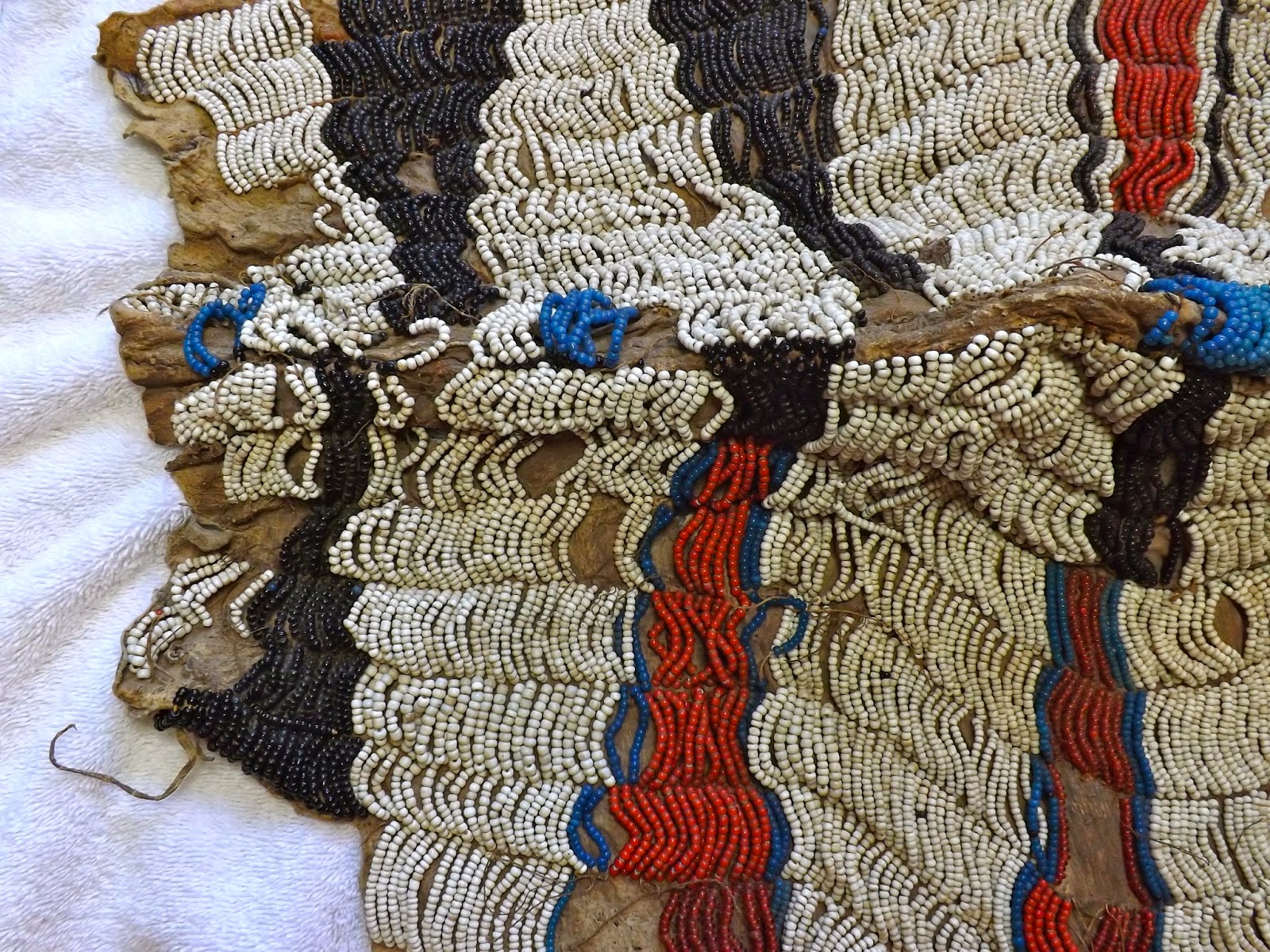 The dress was also missing a lot of beads.   It was originally beaded using both sinew and spun Indian hemp or Dogbane. 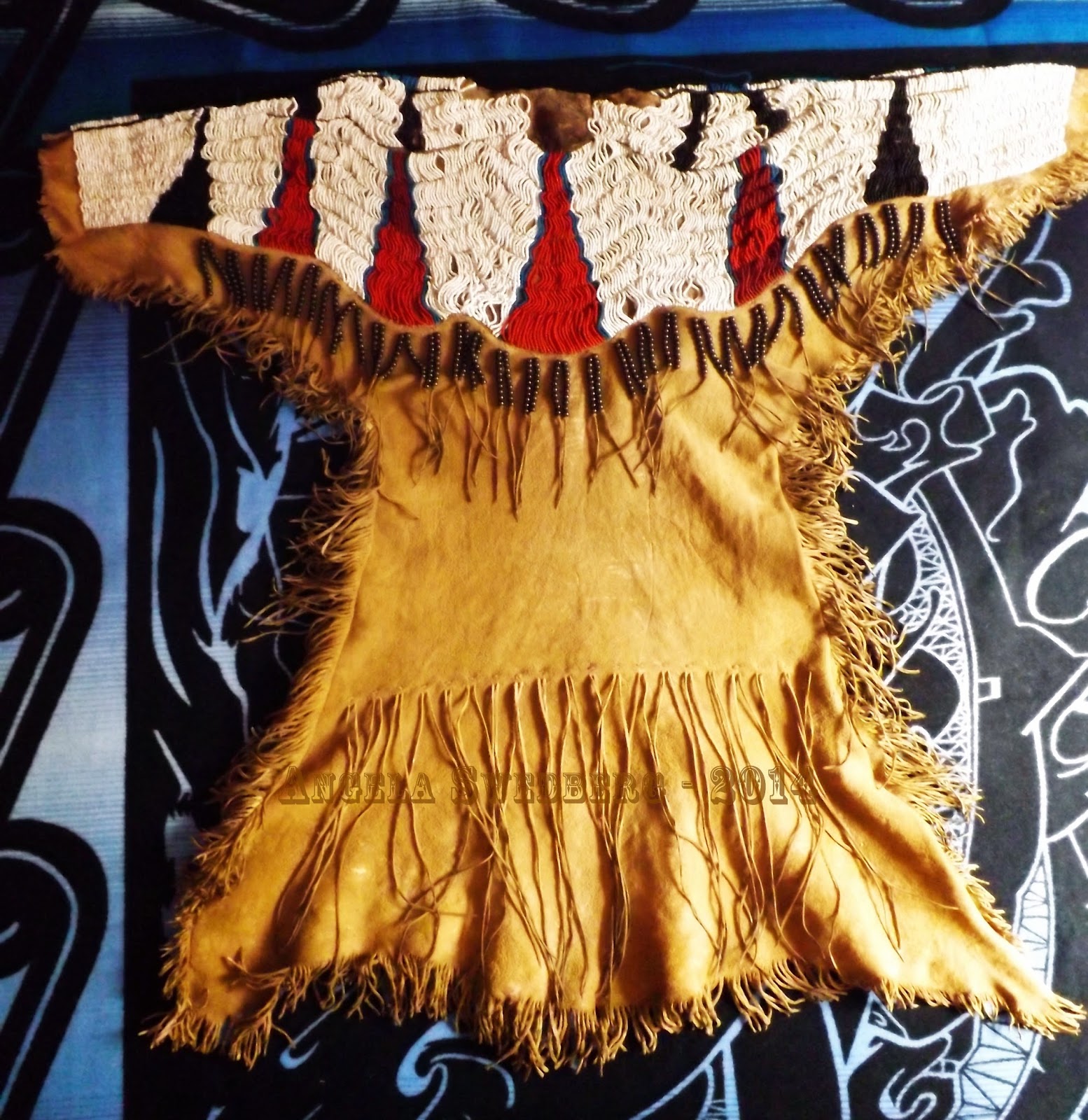 Finished work.  I used old brass beads for the dangles.  This dress was sized for a youth or young teen girl.   It feels very satisfying to bring such heavily damaged work back to life.  Someone made this for another they greatly loved.  I hope they are happy with what I have done to save their work and brought honor and respect back to this dress. 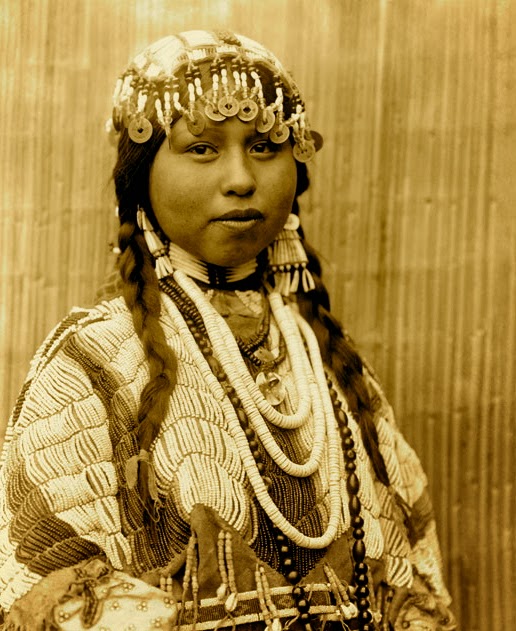 Angela
Posted by Angela Swedberg at 9:30 AM