I recently completed two bags,  based on Columbia River Petroglyphs. 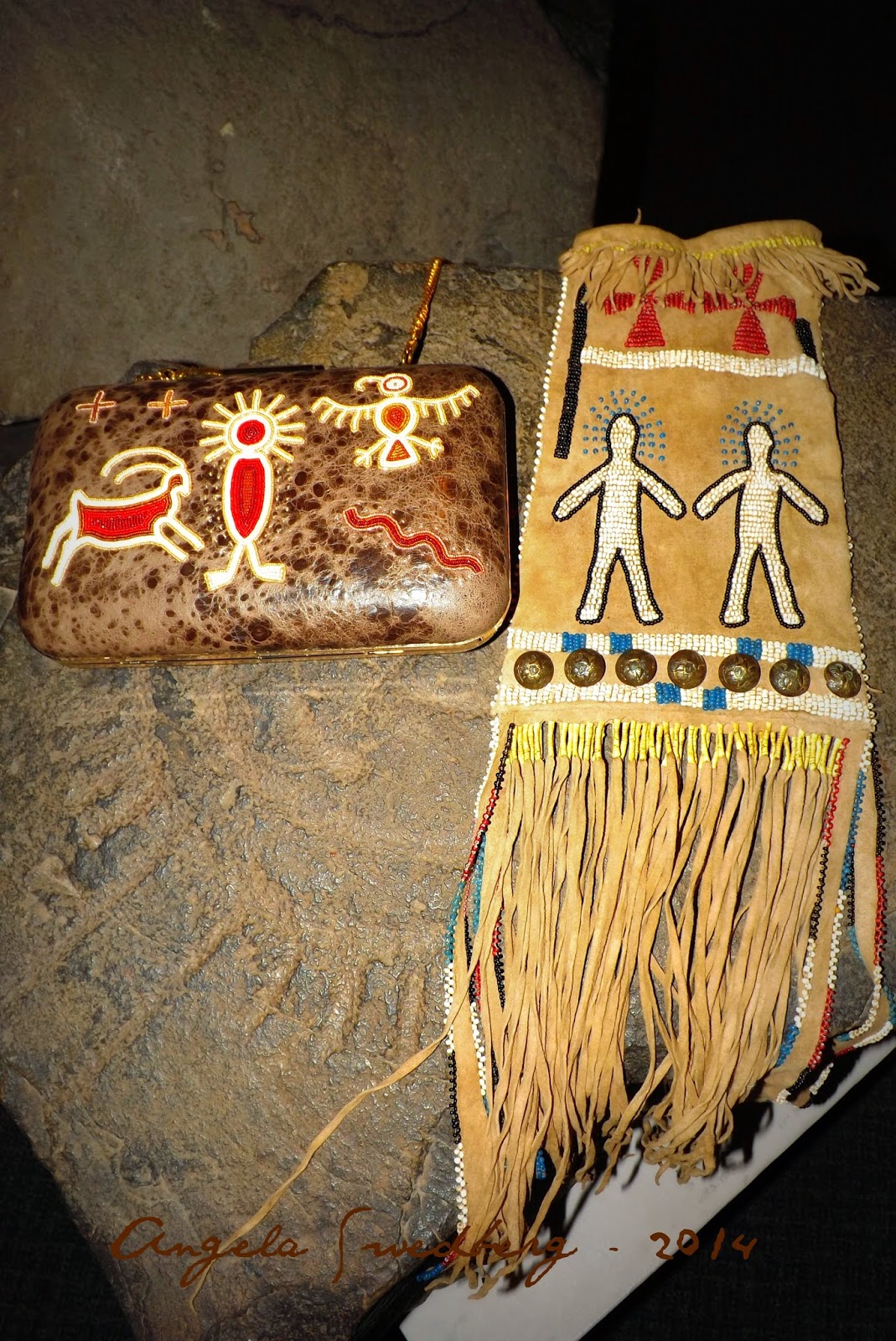 Both bags,  photographed on petroglyphs from the Columbia River currently housed at Maryhill Museum of Art. 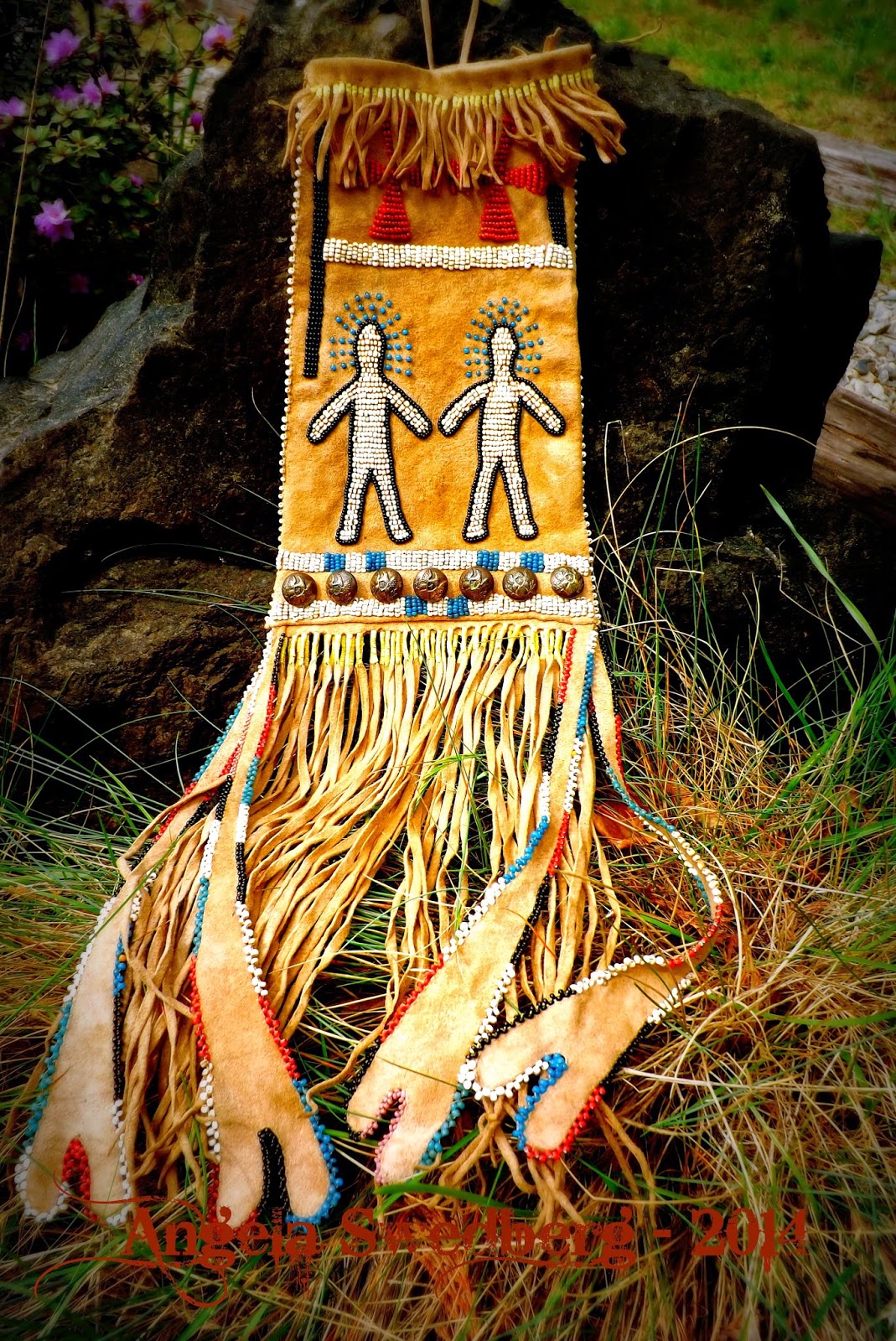 This first bag is based on a few very early examples of bags from the Columbia river area ( Ca. 1840 ). There is little work existing from that era today.   This one was a special project for a close friend.  Before the Bonneville Dam was built and covered Celilo Falls ( possibly the largest fishery in the world  , with so many salmon migrating up the river it was said you could walk across on their backs )  it was a highly traveled area by tribes from the Columbia River and Plateau region and beyond.  The falls were a huge trading crossroads, and after introduction of beads by Europeans,  many tons of trade goods were ferried up the river by traders to trade with inland tribes.  Sometimes accidents occurred,  and at one time you could find beads intermixed in the sand on the banks of the river.   My friend used to walk these banks collecting beads with his mother who was fighting cancer.  It was a very special time for them and probably extended her life for several years.  The beads and buttons they found are the very ones I used to make this bag for him.  This area is now the backwaters of the dam,  which covered vast stretches of important fisheries,  river banks and also petroglyphs which will never be seen again unless the dam is removed. 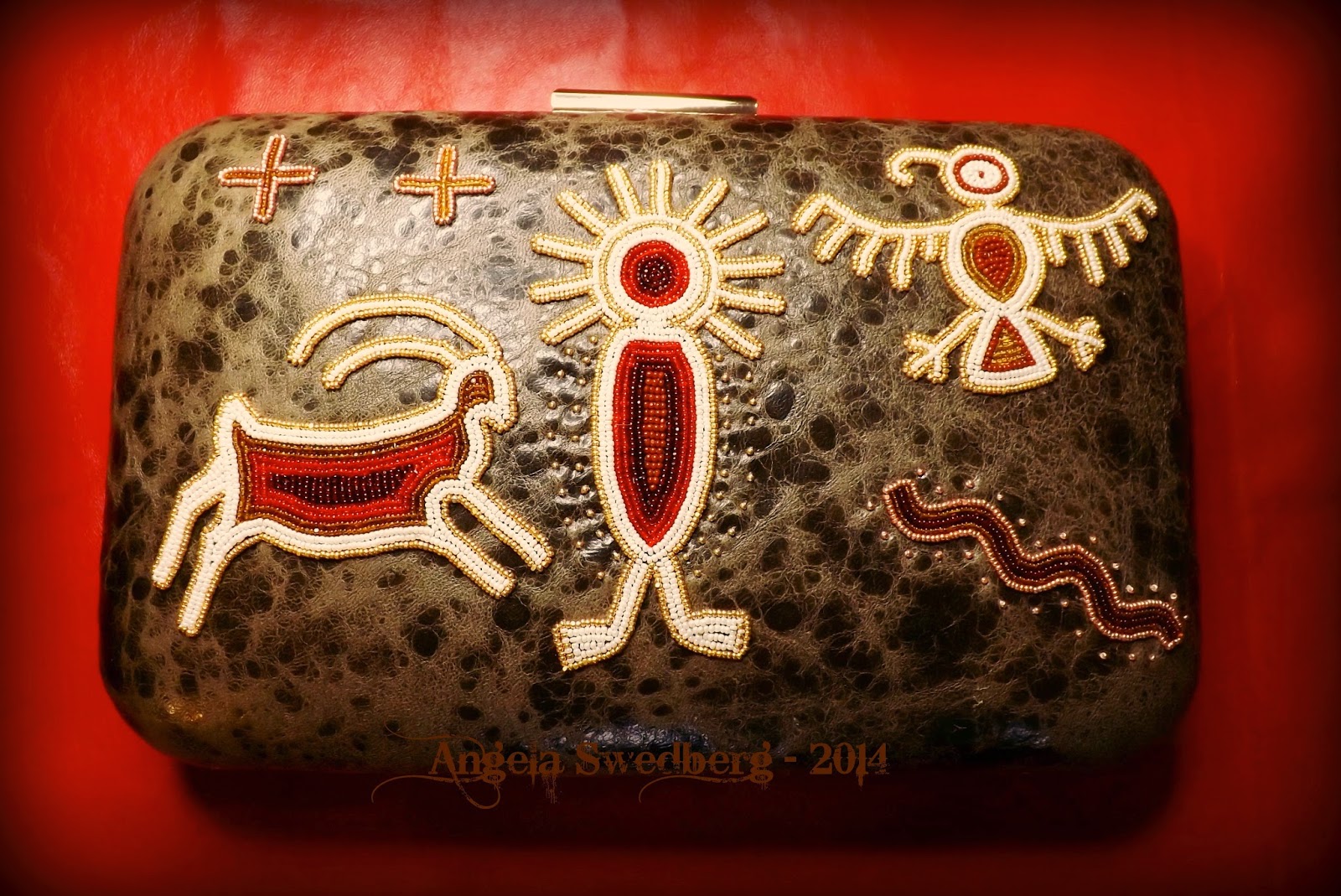 This bag is a modern rendition of petroglyph designs,  again using Columbia River rock art inspiration.  It is beaded with 13/0 cut beads and 24k gold beads on Italian leather.

Both of these bags have a lot of meaning for me,  as this is the art from where I grew up.   I can relate this to a sense of place and people.

Posted by Angela Swedberg at 7:08 PM