This is a set of Plateau - Nez Perce' horse gear I made in 2008 and was my very first post on this blog.  I have decided to re-post it,  partly because I am discovering that my photos have gone viral more than once,  are all over Pintrest and other sites and I have not been credited for my work.  Even have found others using my photos making credits.   So....time to watermark and copyright.  Hate to do it....but its a kind of lack of respect that sadly causes this.  :-( 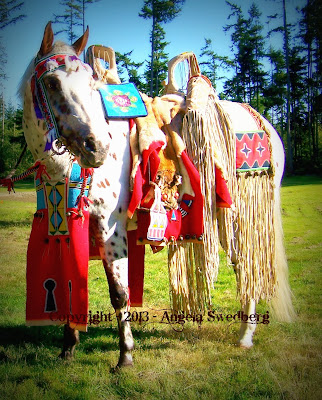 This set of gear I was asked to make for a museum for display,  but as I completed it the big crash of 2008 happened and they had a budget cut...this project being one of them ( The remodel of their display gallery this was to go in ) so it instead went to a private collection. 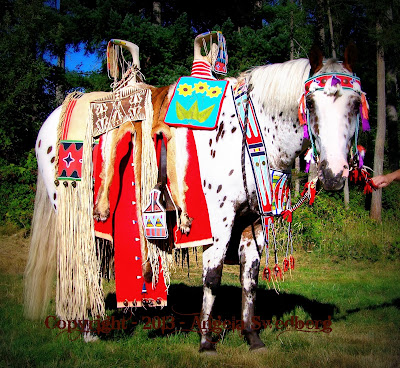 The model for the gear is my own Appaloosa horse "Cappy" who I also bred, raised and trained. 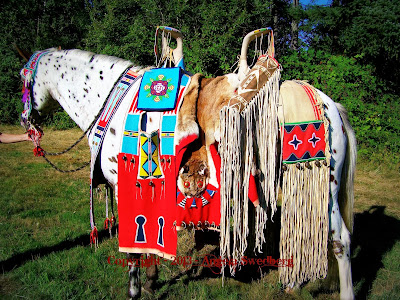 The entire set of gear was made using very traditional materials, design, methods and techniques which would have been used during the last quarter of the 19th century on Plateau Horse gear.  The beads are all antique Italian beads ( They look brighter than they are due to photography effects ). 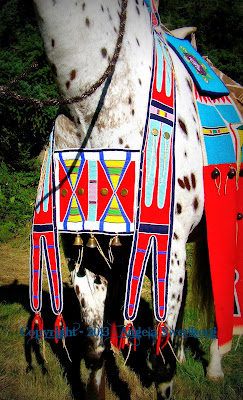 With this set of gear I made both a classic horse collar,  a bandoleer bag ( which were also used as horse collars ) two bridles,  a saddle blanket,  a rump drape, a mt. lion skin saddle throw, and two parfletch cases as well as flat bags.  A complete set up. 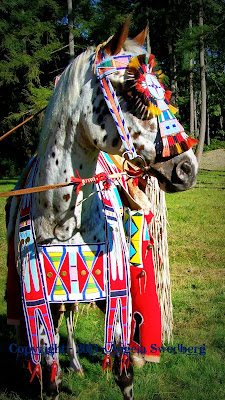 The keyhole bridle for the set. 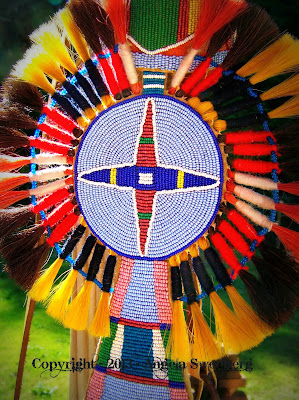 Detail of the keyhole bridle.

Posted by Angela Swedberg at 9:18 AM