Here are two pairs of moccasins I made a while back.  Both are a early to mid 19th century Missouri River style interpretation. 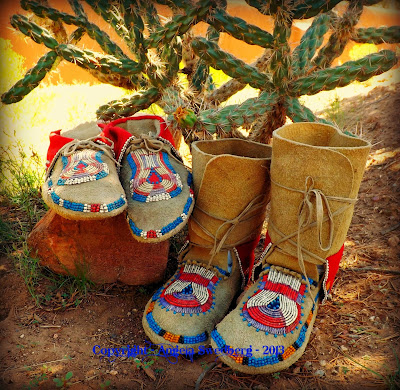 Both are made of brain tanned hide and beaded using sinew and pony beads.   The Quillwork technique is "Quill Wrapped Horse Hair",  in which the quills are wrapped around a bundle of horse hair and stitched to the hide.  It was a rather rare technique even back in its heyday.  The technique was all but extinct until recently revived. 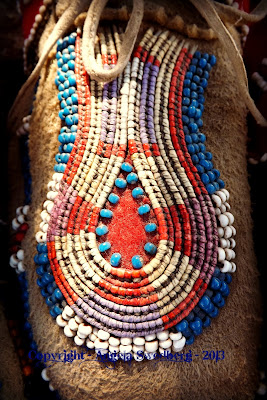 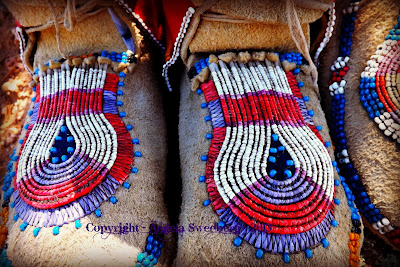 The quills on these pairs are dyed with a combination of natural dyes and also modern dyes.   In doing research at the time of making these,  I came across information that aniline dyes were introduced to Native people far earlier than thought....actually in only a year or two after they were invented.   The trades good industry was on the cutting edge in its day.  No different than it is now.


Posted by Angela Swedberg at 9:02 AM