I just finished this purse for a friend of mine. 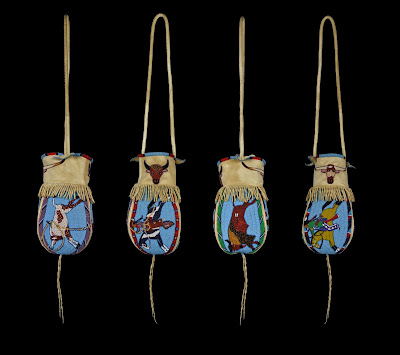 The first photo was taken for me by Roy Grafe...showing all sides of the purse. The other two panels show a Indian Cowboy roping a Long Horn steer. 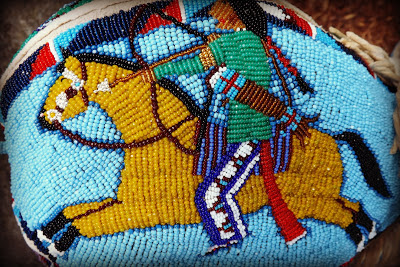 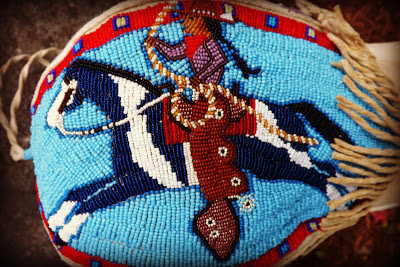 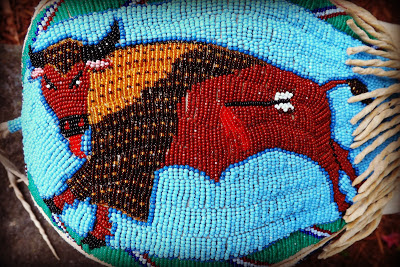 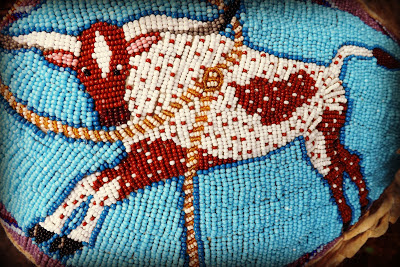 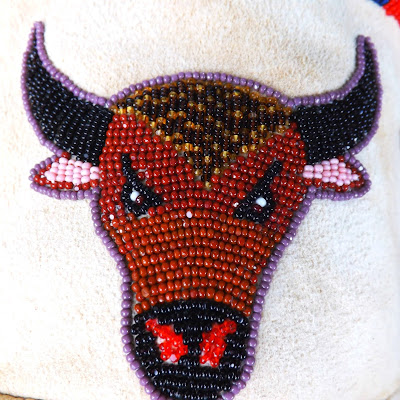 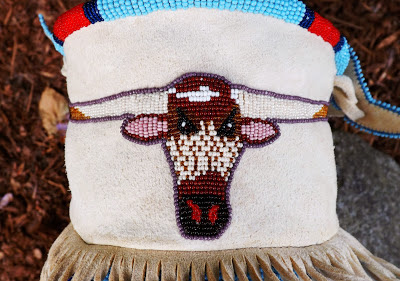 This photo is a picture of my friends actual long horn...although his is sweeter in person :-) 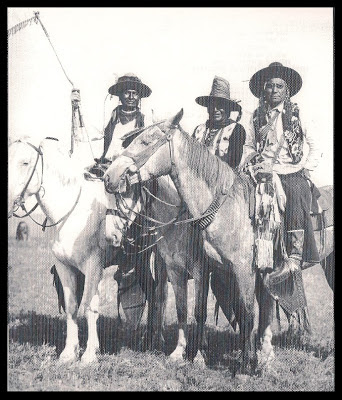 I have a real love of Indian Cowboys.   I grew up in Oregon and now live in Washington state.   Indian Cowboys are very much a part of the Western scene here...and every year I usually attend the Omak Stampede.  But Rodeo in the west often grew up right next to the Indian reservations...so we have hand in hand participation with not only the Omak Stampede, but the Pendleton Round-Up and the Ellensberg Rodeo.  These gatherings also have big Indian Horse parades and PowWows too.

People should remember.....the first Cowboys in fact were Indians.   It all started with the Spanish missions and went forward from there.   Cowboy life is still very important to many Native families across the west.  Its a continuance of living on the land and the nomadic way of life.

Angela
Posted by Angela Swedberg at 9:48 AM