WALKING WITH OUR SISTERS

These moccasin vamps are for a group show in 2013 headed up by the incredible Metis artist Christi Belcourt titled "Walking With Our Sisters".  It deals with the murdered and missing First Nations women of Canada.  It is happening in epic numbers and must be addressed.  Christi is calling attention to this often under reported and realized issue.  Native women are far more likely to have violence directed towards them than any other ethnic minority in Canada and the US.

I will update this blog page with links for the exhibition and information. 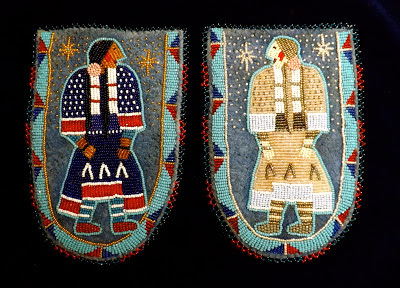 These are beaded on brain tanned moose hide which was painted with trade paint.  The beadwork is done in 13/0 charlotte cut beads and also 13/0 24k. gold and sterling silver plated beads.   I wanted the moccasins to represent the murdered women ( on the left ) and the missing and disappeared ( on the right ).  I wanted the background to represent the darkness inflicted on these women and their families that survive them.  And the stars,  to represent that their souls have gone to the heavens. 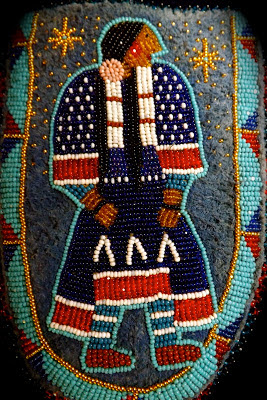 Keep these women and families in your prayers.   I also hope the attention this exhibit draws will in the future let us not have to think about the murdered and missing,  because the epidemic of violence will have abated. 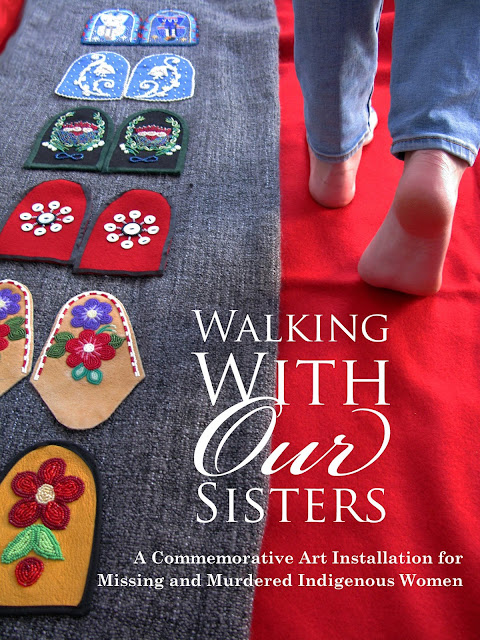 And a update:  Here is the official poster for the exhibit.  The vamps I made are at the top of the photo.  Its a humbling honor to be a part of the exhibit.
Posted by Angela Swedberg at 4:26 PM