This is a Crow/Plateau style bridle I just finished for a commission.  I am calling it a Crow/Plateau style bridle,  because these bridles were used by both groups of people.  This one though does lean more towards the Crow style:  The keyhole design on the forehead symbolizes a "Bears Eye" and the design down the nose is the back of a horned lizard.   And a quote from Dr. Tim McCleary:

" In the Crow language men usually call them axxíabaaloope which means *forehead crescent* I think this is a reference to the *najas* of Colonial Spanish bridles. In turn, women say, isbaapihpée which can be understood as heavy plaited, beaded/fringed fabric that covers the face, I think referring to mosquero predecessors. A similar term in Crow means an oriental carpet, baapihpéealaxaape, heavy plaited/fringed fabric laid flat." 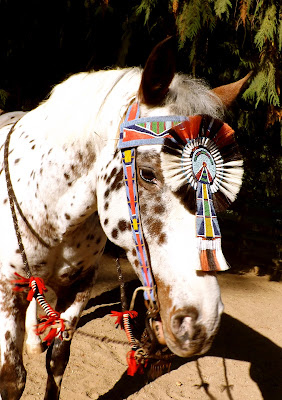 I beaded this one using hand done rawhide, sinew sewn antique beads and paint cookies which I got from Beadmatch.com. 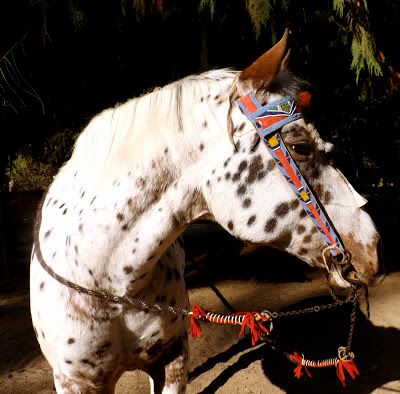 The reins are made of horsehair, and are wrapped in tradecloth and buckskin thongs and are called  "Firecrackers" 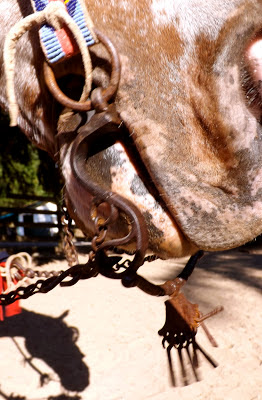 The bit on this one is one I purchased but was collected off the Umatilla reservation in Oregon.  This type of ring bit was very popular among native equestrians,  although my horse was not quite sure what I had in his mouth for the photos :-) 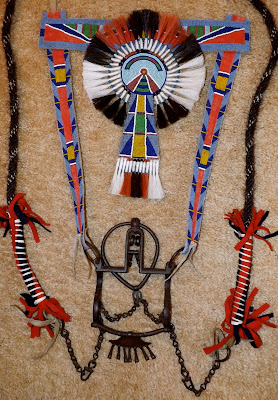 Having a well dressed horse was important to the equestrian tribes.  It was and still is a source of pride and status today.  The peoples of the Plateau and the Crow have huge annual events such as Crow Fair where hundreds of horses and riders turn out to parade daily. 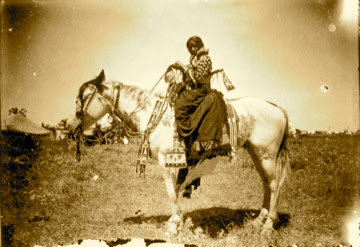 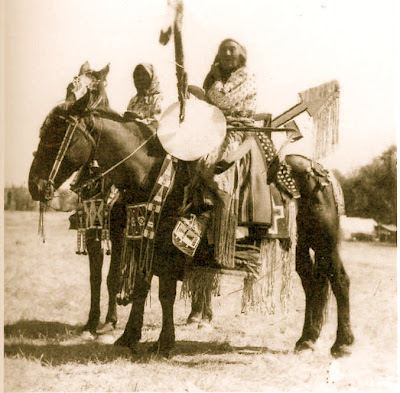 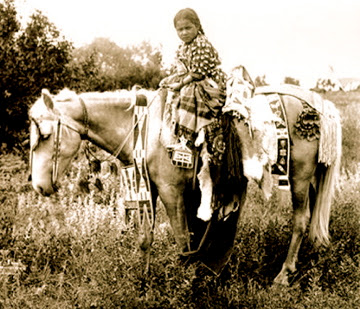 Posted by Angela Swedberg at 8:29 PM