I thought I would show some photos of what some of the end results of the work I do results in. 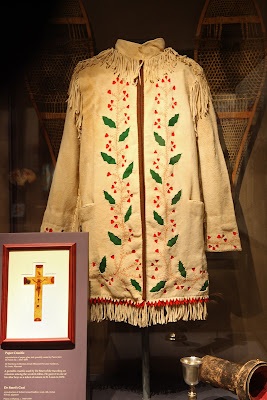 A year ago I was working fast and furious on this jacket,  incised parfletch case and quilled bridle strips for the permanent exhibit of "Sacred Encounters",  at the Coeur d' Alene tribal museum.   Here's how it looks now that its on display. 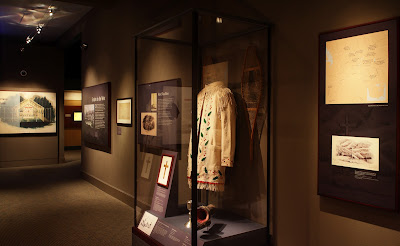 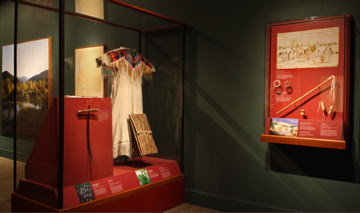 Parfletch case along with other period artifacts.

Long room shot with the quilled bridle strips on the back wall.    The first four photos are taken by Vickie Close,  Coeur d' Alene. 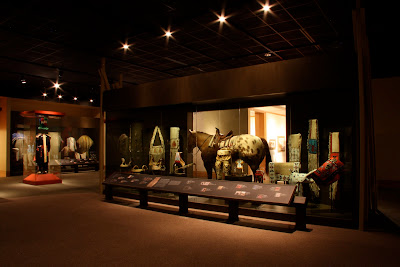 These next three photos are taken at the National Cowboy and Western Heritage Museum in Oklahoma City, Oklahoma.   In there photos there are items I did the restoration on. 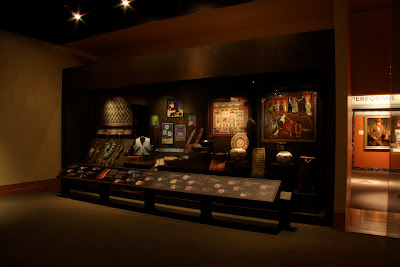 In the middle of this photo there is a bag I found,  restored and donated to the museum which shows Jesus on it.   There is a historic Catholic influence on the Plateau,  as also shown in the previous photos of the Sacred Encounters exhibit. 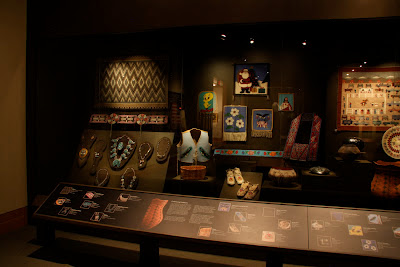 A little closer view of those of the material in the gallery.

Now onto new installations.   I am excited to announce I will be having a museum exhibit of my glass work in 2014,  as well as some new beadwork coming out too.   It promises to be some interesting times ahead.


Posted by Angela Swedberg at 6:54 AM