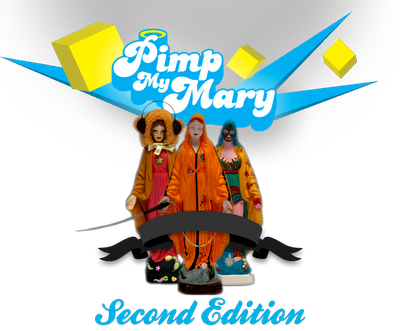 I have been chosen from a group of international artists to participate in a show in Italy titled "PIMP MY MARY!"  The premise of the shows is "The project born from the need to communicate a strong disagreement and separation from commercialization of the icon itself"

My version will deal with appropriation of Native Identity,  and what I recently found a very egregious act,  the paid hunting of Sacred White Buffalo on a game farm in Texas.   If one were to make a cross parallel of Mary in Native beliefs,  it would be that of the White Buffalo Calf Woman who brought the sacred pipe to the people.  Another widely commercialized icon. 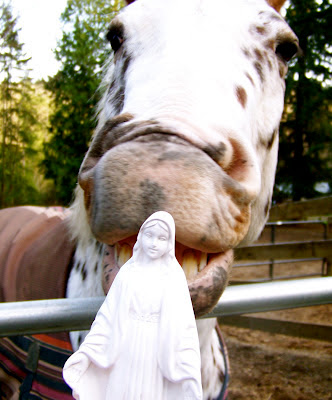 Cappy the Appy checking out the arrival of Mary from Italy today. 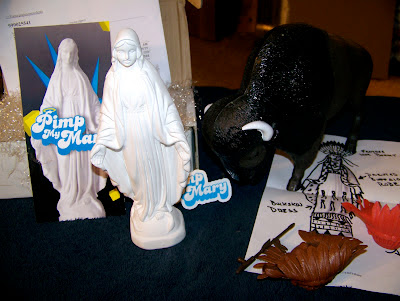 My official Mary kit.  Many more photos of this project as I work on it.   Stay tuned. 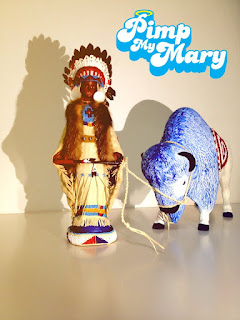 And the finished Mary and her White Buffalo as she appears in Italy for the Pimp My Mary exhibit.