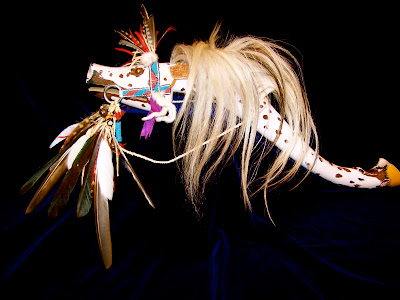 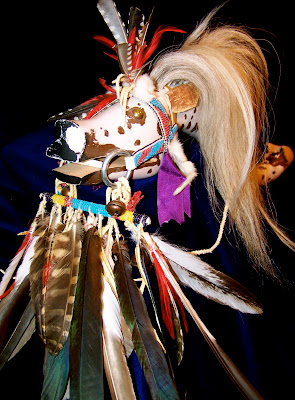 This "Horse Dance Stick" or memorial stick was a joint project between myself and NW Coast Carver Joe David.  It is carved to represent my Appaloosa "Cappy".  Generally these are made to honor a respected horse, like one the warrior rode into battle and was killed.   Such are the carvings made by the famous Standing Rock Sioux warrior No Two Horns who made the horse sticks in the last photo.  These memorialize a blue roan horse that was shot several times in battle but carried No Two Horns until he could no longer do so.   But I have to add, Cappy is very much alive right now, although missing a little of his mane which he donated to the project. 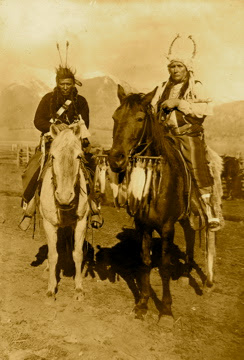 The feather stick under the chin are a type of war medicine that were used by the Blackfeet and some of the other surrounding tribes.
While I have not ridden Cappy into war or the situations that these horses have been memorialized for, we have in the past done some different types of horse shows.  And I can tell you they can be just as bad  as if you were at war :-) 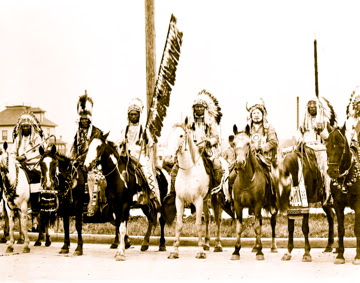 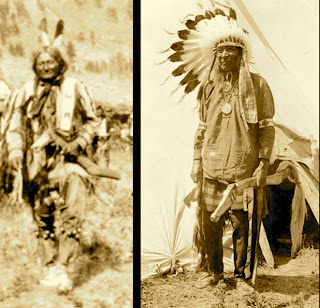 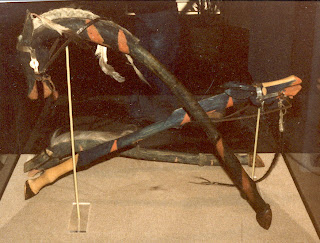